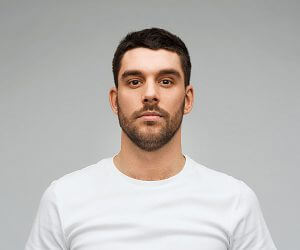 Ever since HIV was first discovered there have been rapid changes in how it is treated and these days people diagnosed with HIV can expect to live normal lives with a normal life expectancy. It’s even quite reasonable for people living HIV to expect a cure might be developed in the next 10 to 20 years. One of most recent new developments in the area of HIV treatments medicine is the finding that a person with an undetectable viral load is essentially unable to transmit HIV. That is to say having unprotected sex with a person with HIV who has an undetectable load poses no risk for contracting a new HIV infection.

HIV as a Chronic Disease

Like other chronic diseases, HIV is treated with medications, usually one pill per day but in more complicated cases multiple pills per day may be needed. It requires ongoing monitoring, like most chronic diseases, and there is increasing recognition of the role of lifestyle factors like exercise in the treatment of HIV. Like many other chronic diseases, it is entirely possible and often the case that people living with HIV may well be much healthier overall then other people their own age without HIV.

One difference that HIV has compared to most chronic diseases is that it is usually managed by specially trained GPs or other suitably trained specialists. GPs and other specialists without specific training aren’t able to manage HIV and patients on their own but this is not unusual. Many chronic diseases are managed by a team of health practitioners.

The management of HIV has become a lot simpler, especially with new combination medications that provide effective control with just one pill per day. There are still, however, lots of ways that HIV management can go wrong.

One area is inadequate HIV medication leading to the development of resistance, this can happen, for example, in a patient taking PrEP who subsequently becomes HIV positive. Truvada is not a powerful enough agent to control HIV and as the virus is allowed to replicate it will naturally select out new virus particles that are resistant to Truvada.

People with HIV are also at greater risk of other conditions like heart disease and stroke, depression and anxiety, some neurological conditions and some cancers. There are lots of reasons for this but one reason is that people with HIV may live different lifestyles to the rest of the population. They are less likely, for example, to have a wife and three kids and live in a suburban household with a dog and a mortgage.

The average age of diagnosis with HIV is in the mid-30s and it is common for those people diagnosed in the 90s (or even in the 80s) to be alive and well today. HIV is also quite often first diagnosed in men aged 50 or over and increasingly the population of men with HIV is aged over 65.

Men with HIV are more likely to develop those conditions that are typically associated with getting older like diabetes, heart attacks and strokes, osteoporosis (brittle bones), kidney disease and dementia. Even though smoking, alcohol use and other substances are used more frequently in people with HIV this isn’t enough to explain the increase in these conditions. For many (if not all) of these conditions early detection is very important in order to achieve the best outcomes